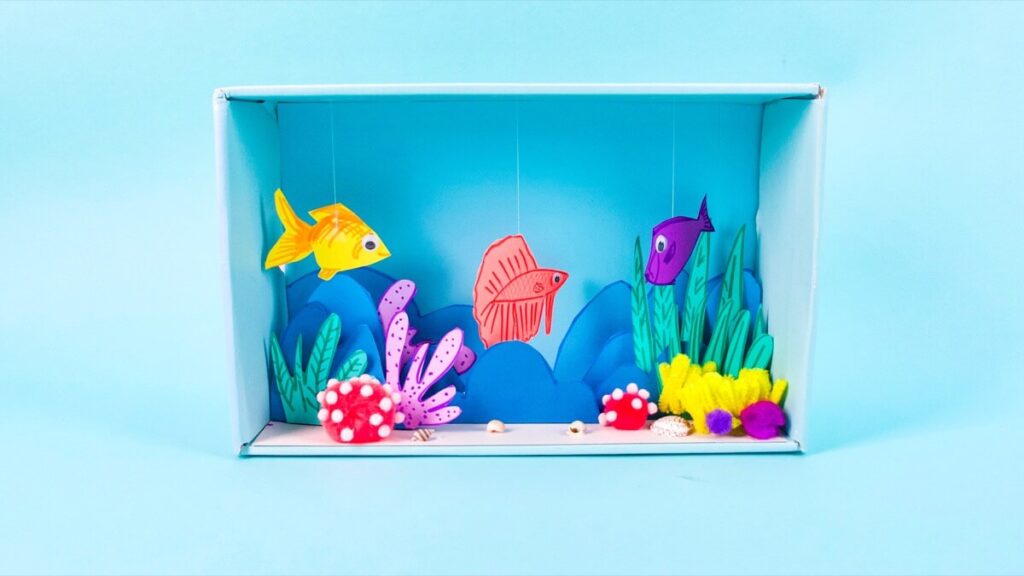 When you hear the word ecosystem, what’s the first thing that comes to mind? For me it’s a shoebox, specifically a Nike shoebox. The top was torn off of it. The inside was a Krylon spray paint can shade of blue. Pasted on top of the painted cardboard with residue from a glue stick were cut out pieces of paper in the shapes of various forms of sea life: pelicans, shrimp, whales, sharks, cod, jellyfish, sea kelp. It was shoddily assembled, admittedly because yours truly alerted his parents at the eleventh hour that he needed a diorama of an ecosystem for a second grade science project. It didn’t seem important at the time, but then again at age seven if it wasn’t something involving a Gameboy Color or a Playstation console, nothing really was. To me it was just a shoebox.

Of course what my little seven-year-old mind wasn’t fully grasping was that the cardboard box that previously held my Dad’s size 11 basketball shoes (probably Air Max’s with it being 2000 and all) was a small scale model of what made up life all around me. I wasn’t thinking about the role that ecosystems played in my world. I wasn’t aware I was part of one or how I benefitted from it. I had no concept of there being endless ecosystems that were all being impacted by the organisms in them. I was ignorant to the fact that my 2nd grade teacher was trying to stress to her impressionable, young students that life as we know it exists because of ecosystems. It makes me wonder, if I only would’ve payed attention to the importance of ecosystems back then instead of being so focused on Tony Hawk’s Pro Skater cheat codes, could I have been the founder of a successful startup?Sadly, we’ll never know.

Ecosystems are as important to startups as they are to all other life on Earth. World-wide there are hot beds teeming with innovation and industry where entrepreneurs are thriving because of the community that surrounds them. Startup biomes such as Silicon Valley, New York, London and the MENA (Middle East/North Africa) region are all thriving examples of entrepreneurial communities. The value of the world’s startup economy is rapidly approaching $3 Trillion. There are over 270 startup ecosystems globally in 100 different countries and that number is on the uptick. But why is this the case? What makes ecosystem so essential for the lives of startups?

One way that all ecosystems grow is through mutualism, a form of symbiosis in which two organisms both benefit from having interacted in some way. This is especially true for the entrepreneurial community. Startup communities are growing rapidly worldwide because of the beneficial interactions among the organisms within them. These ecosystems are allowing for like-minded people to easily interact and exchange ideas in the areas of networking, creativity, innovation, mentoring and investing. Startups are thriving within them as opposed to trying to grow in an area where there are less signs of entrepreneurial life. In turn the startups that are growing within them then have a positive mutualistic impact on the community they exist in.

Networking is important in every walk of life and in every industry. For startups, networking means a lot of different things. Entrepreneurs have a long list of priorities such as securing funding, figuring out how to market their product, soaking up advice from other successful entrepreneurs and gaining inspiration through collaboration. Networking helps check a lot of those boxes and in a healthy ecosystem you don’t have to go as far to find opportunities to network. According to Founder and CEO of Startup Professionals Martin Zwilling, networking events are staples of any healthy startup community and are more effective than black-tie cocktail parties. Entrepreneurs are finding events such as Startup Grind and Tech Crunch as invaluable settings to mingle with industry influencers, innovators and investors.

Of course with most startups being in tech or fintech, the average entrepreneur is no stranger to using social media to network. While Linkedin, Twitter, Instagram and Facebook are all platforms that effective founders use to network, chatting platforms designed specifically for connecting businesses like WhatsApp allow for interactions among global ecosystems. Networking is a crucial component for any growing startup and a healthy ecosystem will provide them with various opportunities and methods in which to do so.

“This is really where diversity should start; in the idea phase. And that can only happen if you build a community of people who are like minded in their ambition, but completely unique in their experiences. That’s when the magic happens.”

Creativity seldom comes from one source. Sure, it may have seemed like Don Draper was the fount from which all creative ideas flowed if you watched Mad Men, but it doesn’t take a binge-watching session to see that behind every Don Draper, there’s a Peggy Olson. Creativity and innovation are born from collaboration. A healthy ecosystem allows for more collaborative opportunities. This is why many would say incubators have become so popular and such a common characteristic found in healthy ecosystems.

In 2008 there were a modest 16 incubators or accelerator programs in the U.S. focused on helping startups grow. By 2016 that number was 10 times as high. Incubators aren’t just beneficial to startups because of the services they offer. Incubators or accelerators provide inexpensive, efficient spaces and services to startups saving them valuable capital. Of course there is great value in that, but the true value of incubators goes much deeper than just saving new companies money. They allow for a proximity that is hard to match otherwise. They encourage cross-pollination between companies, cultures and individuals. They allow concepts, theories and ideas to be tested within the ecosystem before they ever make it to market. They encourage spirited competition among industry peers and craft an inventive culture within the ecosystems they exist in.

Ecosystems are rich with mentorship opportunities. 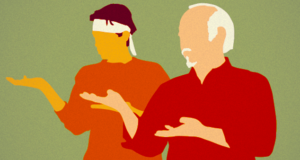 The modern entrepreneur isn’t always portrayed in the best light in popular media, especially those founding tech startups. Most probably draw assumptions about modern founders from hyperbolic portrayals of tech titans like Jobs or Zuckerberg in popular media. What’s not always shown on the big screen is the positive impact that successful founders can have on members of the startup community. For instance, Mark Zuckerberg actually considered Steve Jobs to be of his most most important sources of mentorship. The broad strokes used to paint tech entrepreneurs as cutthroat individuals only looking to protect their intellectual property and make as much money as possible is often just myth making by filmmakers. In reality, successful members of startup communities are far more likely to have a mindset that resembles Mr. Miyagi or Yoda. In most cases, successful members in startup ecosystems look out for other members of their ecosystem. Healthy startup ecosystems are rich with mentors looking to pass along wisdom and entrepreneurs that are seeking advice from those that have already been there, done that and bought that t-shirt, so to speak.

Mentoring is so effective that more than 70% of fortune 500 companies have mentoring programs in place for team members. There are a lot of ways startups can connect with a mentor in a healthy ecosystem, but many are finding mentors in formal settings through professional associations as opposed to an informal connection through happenstance. A recent study conducted by TechCrunch found that startups that had a successful mentor in their corner outperformed other startups three times over. Startups are seven times more likely to raise investment money and over three times more likely to grow a bigger user base when they heed the advice of helpful mentors. Mentors are taking their knowledge and helping the next ones in line. Startup biomes are growing because of it. 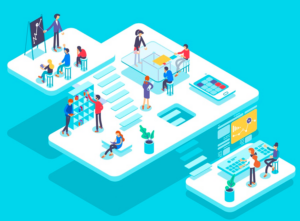 A huge benefit of a healthy startup ecosystem is that firms aren’t having to go far to find potential investors. They are being attracted to areas like Silicon Valley and the MENA region because there are already opportunities as far as the eye can see. While it isn’t impossible to find investors via online searches and cold calling, the likelihood of securing funding through a face-to-face interaction is far higher. Ecosystems are helping increase the likelihood of these interactions because there is already an established community for investors to flock to. India’s startup community is proof of this as they have seen a 13 percent increase in direct investments from foreign countries in the last year alone. Put simply, this means that India’s startup economy made $35 billion dollars from investors who could have invested money back into their own economies. Instead, they were drawn to a thriving ecosystem with capital burning a hole in their pocket.

Investors are always searching for the biggest return on their investment and a healthy ecosystem attracts investors on the quest for the coveted “unicorn” – a startup company that’s value surpasses $1 billion. This is why an area like Silicon Valley, the poster child for startup ecosystems that is responsible for producing 40% of the world’s unicorns, is so rich with capital and investors looking to strike oil. Startups in communities like this don’t have to convince people to come to them. The ecosystem they exist in already provides them with those opportunities because of the reputation it has.

Ecosystems make up our world, our existence, our reality. We all have an impact on our respective ecosystems with every decision we make – good or bad. In return, our ecosystem has an impact on us. It gives us the things that we need to survive and to thrive. That’s the point my second grade teacher was trying to make way back when. That’s why she assigned us a project that seemed trivial to a seven year old kid more interested in defeating a boss on a video game level. Her lesson sank in eventually, it just took a while longer than she might have hoped.