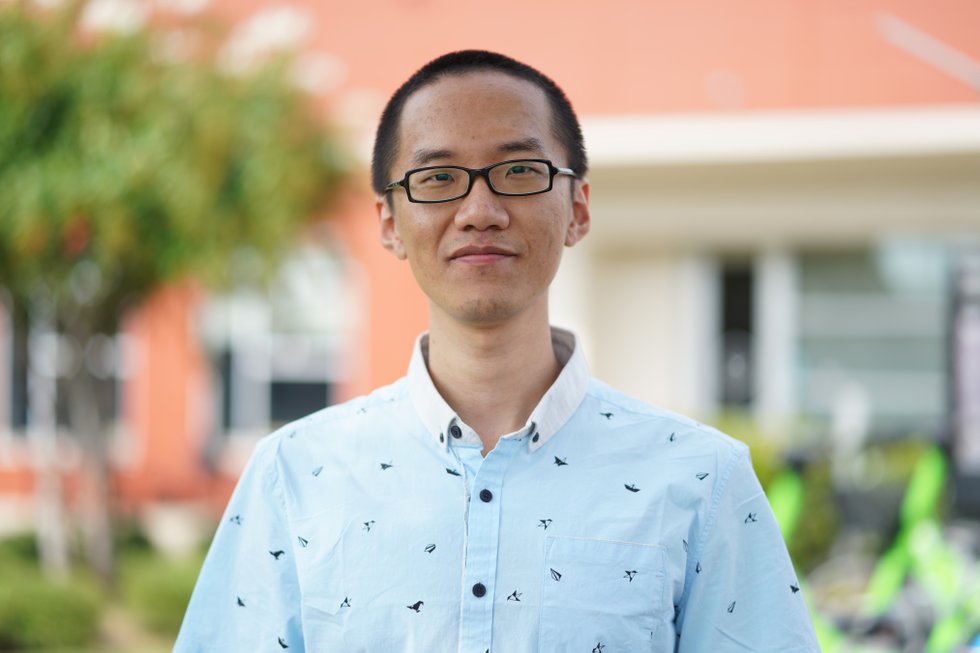 Weida is a Chinese immigrant to the US. As an immigrant founder, he is in good company: “Immigrants have started more than half (50 of 91, or 55%) of America’s startup companies valued at $1 billion or more and are key members of management or product development teams in more than 80% of these companies” (National Foundation for American Policy). While not all of these immigrant founders have been Asian, this statistic is worth noting since I have a feeling that Weida Tan is on a similar trajectory!

Funny, humble, and brilliant, Weida is a self-proclaimed lifetime tinkerer. Starting from a young age, he would take things apart to explore the inner workings: “I laid my hands on an alarm clock and tore it apart. I couldn’t put it back together, but my mom encouraged me to keep going. I set my hands on the radio. I tore it apart and couldn’t put it back together. My parents encouraged me to keep going. I laid my hands on the TV, and my parents told me to go play outside.”

Weida grew up in Beijing, China and came to Birmingham by way of a high school exchange program in Pell City. The two cities could not be said to have much in common. However, Weida compares the humility of East Asian cultures to Alabama’s southern modesty. The cultural bridge has been an anchoring point for Weida.

After graduating from Pell City high school, he enrolled in UAB to study Mechanical Engineering. He went on to obtain a Masters of Science in Computer Science at UAB and followed his father’s footsteps into a Ph.D. program. His father had been invited to U.S. Ph.D. programs on full scholarships, so when Weida was accepted as a Ph.D. student at UAB, his parents were extremely proud.

A hallmark of graduate school life is not having much expendable income. So when Weida was given a 2013 MacBook with a total of 64 gigs, he gladly took it. Unfortunately, all of the 64 gigs were immediately taken up by installing Microsoft Word! He decided to tinker. Weida was determined to get himself more space on his device. Realizing this must be a problem for more than just himself, he developed a solution to expand the storage of Mac computers.

He put his first device, an SSD to expand Mac memory, on eBay. Fledging was born in July 2017. Fledging’s SSDs were 30% less expensive and 2x as fast as the alternatives on the market. The SSDs sold like crazy showing an immediate product-market fit. Within 6 months, with only one product on the market, Fledging was bringing in $30k of monthly revenue.

In 2018 Weida knew he had a unique opportunity in front of him. Fledging was generating about $80k in monthly revenue, and the demands on his time were growing. It was becoming impossible to maintain his Ph.D. studies and run the company. He knew he had found his calling and that this was one of the best times of life to dive into the founder’s life—before having young children or elderly parents to care for. However, before he could make the decision to work full time on Fledging, he wanted his parents’ blessing. In true founder fashion, Weida built a pitch deck. He practiced his pitch and went over the potential conversation practicing various rejections. He scheduled time to speak with his parents and steeled his nerves against the potential disappointment. Taking a deep breath, Weida started to explain and justify his position to his parents: “I have decided to put my studies aside and focus on my company full time.”

His parents stopped him mid-explanation. “Out of my utter surprise, without communicating with each other, both of them uniformly said, “We support you!” I was in utter shock and still went through my pitch!” Weida’s dad took a long pause and responded, “Son, if you think we need any persuasion to support your dream, then you don’t know us at all.”

To this end, Weida offers some encouragement, suggestions, and resources for other entrepreneurs and founders, especially non-U.S. founders living in the states:

Further, Weida offers advice about opportunities and resources he wishes he had taken advantage of earlier in his founding journey:

Weida, thank you for being part of Innovation Depot and the Birmingham startup community!