Do you have an event you would like to add to our calendar? Fill out our Event Submission Form 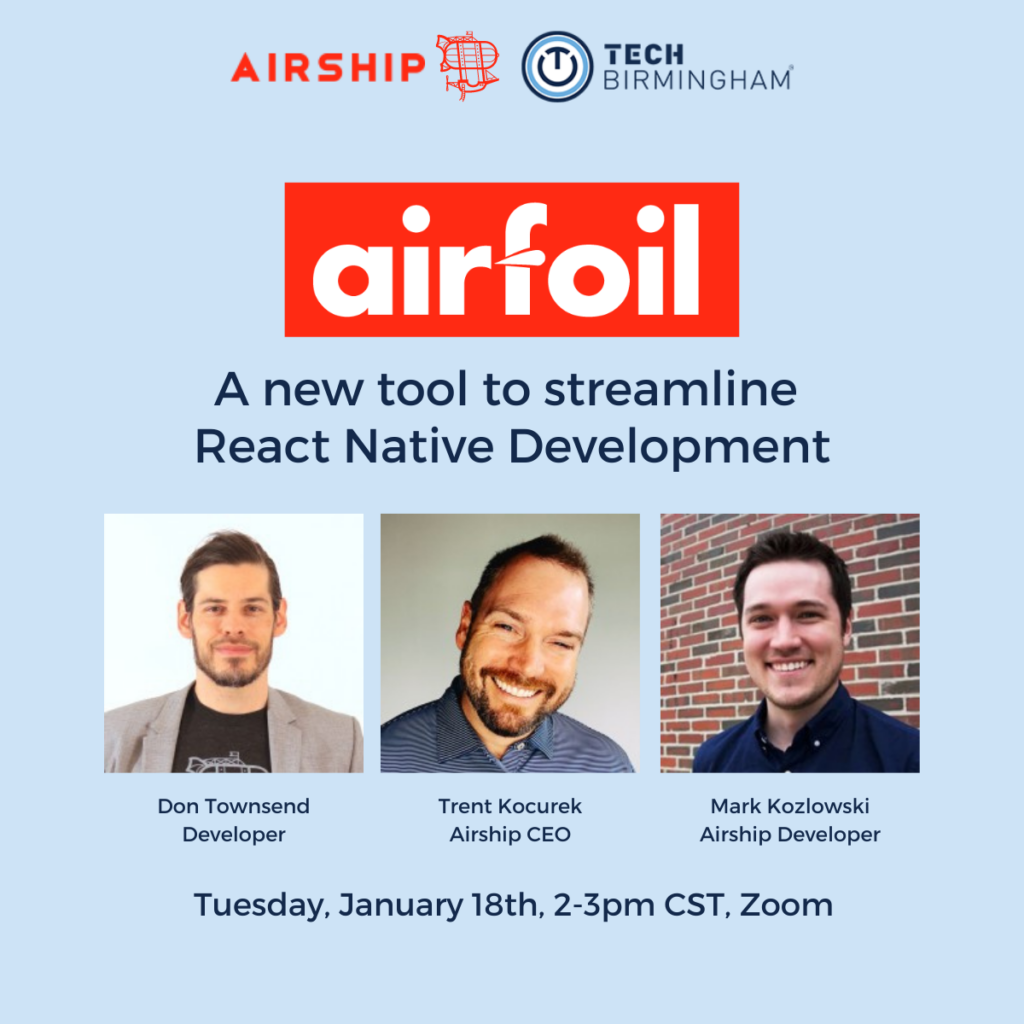 TechBirmingham will be hosting Birmingham’s own Airship to learn about Airfoil – a new tool to streamline React Native development.

React Native developers can spend days on time-consuming, annoying, and repeatable tasks that are great candidates for automation. Trent Kocurek, Mark Kozlowski, and Don Townsend of Airship in Birmingham, AL, have created a tool called Airfoil to automate and streamline React Native development. The Airfoil tool is a “swiss-army-knife” of convenience features that you’ll learn about – read more here!

All skill levels welcome. We’re excited to see you there.